The Grüner Knopf ("Green Button") is the first German state seal for sustainable textiles. Anyone who wants to buy ecologically and socially justly produced clothing or textile shoes is able to use the Grüne Knopf as a guide. The seal sets binding requirements to protect people and the environment: 46 demanding social and environmental standards must be met - from A for waste water limits to Z for a ban on forced labour. 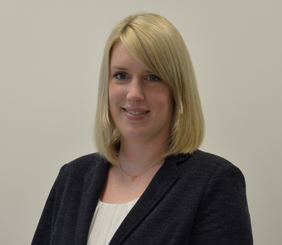 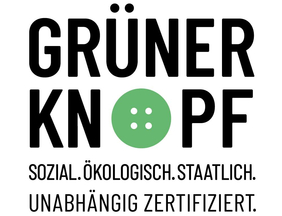 Thanks to its many years of experience, the PFI offers perfect conditions for carrying out certifications of the state " Grüne Knopf" seal. We talked to Johanna Höger, head of the PFI certification office, about how the "Grüne Knopf" is developing.

In September, the " Grüne Knopf" will be one year old. How has the test mark developed?

Johanna Höger: Especially in recent months, we at the PFI have received an increasing number of enquiries about " Grüne Knopf" certification. Certification with the " Grüne Knopf" brings companies great added value on the market. The audit, which is based on recognised seals, verifies the requirements for the textiles and the company, which must demonstrate its duty of care throughout the supply chain. In addition, the "Grüne Knopf" seal also covers complaints mechanisms, risk analysis and many other criteria.

Johanna Höger: The response is currently very good. We are currently looking at table linen, hospital textiles and clothing, for example. Enquiries are also increasingly coming from the accessories sector. We are currently conducting a test in the bag sector.

Why should companies use the PFI to have their products certified with the "Grüne Knopf"?

Johanna Höger: We are experts! We bring many years of experience and know-how in shoes, textiles and accessories. As a certification body for social standards and environmental management systems and with our experts in the testing laboratories, companies are in very good hands with us.